Although our life is filled with a variety of music, there is one musician who truly got us through the 2020 pandemic and her name is Laurie Berkner!  Known as “The Queen of Kid’s Music,” when I look back at this time in my life, Laurie Berkner and her catchy melodies will be the soundtrack of our time spent in isolation.

Our Introduction– We were first introduced to the Laurie Berkner Band when our local librarian played the “Goldfish” song and the “Bumblebee (Buzz Buzz)” song, which are two of our favorites, during a library class my daughter and I used to attend. That introduction got us interested in her music and we would occasionally listen to Laurie’s music in the car, during playtime and while we cleaned the house.

Live Berkner Breaks– Then the pandemic hit and I began searching on-line for activities to engage my daughter. During our first week in isolation I discovered Laurie Berkner was having live Berkner Breaks on Facebook. We began watching them and had a blast dancing and singing along. In total she had 46 Berkner Breaks. Click Here to access all of them or watch the performances through the Laurie Berkner channel on YouTube.

We Love Laurie Berkner!- Now my daughter asks Alexa to play Laurie Berkner and songs like “Rocketship Run,” “We Are the Dinosuars,” and “I’m Gonna Catch You,” all off of her Best Hits album, are some of our favorites. She has also published books based on some of her popular hits and we have enjoyed listening to Laurie read several of them. Laurie’s music has brightened our lives from our first week in quarantine through today. Her familiar tunes, enduring lyrics and beautiful voice, have brought us comfort and joy. We looked forward to seeing her sweet face on the computer and continue to watch her videos and dance along to her creative songs. 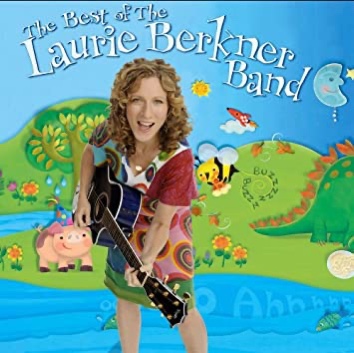 Virtual Concert– The Laurie Berkner Band, unable to tour because of COVID-19, is having a virtual concert on June 21. If you and your favorite father are looking for something special to do together, I recommend buying a ticket and dancing along! 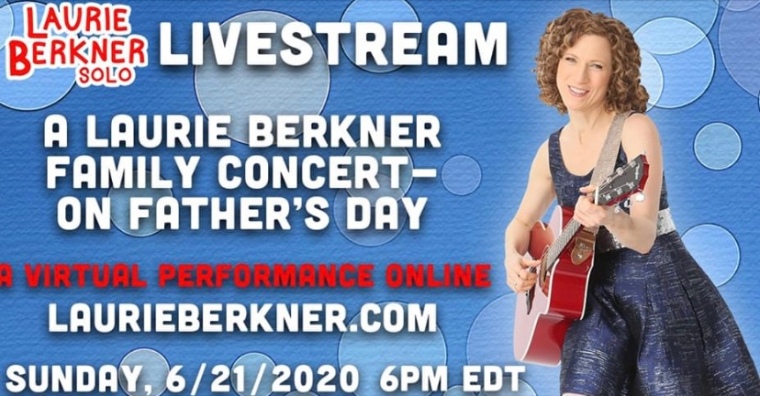 Musical Memories– I have a memory to go along with just about every one of Laurie’s songs. “Rocketship Run” reminds me of the historic SpaceX launch. “Airplane” reminds me of our drives past our local airport (which currently looks like a ghost town due to the pandemic), “Boots” reminds me of the fun my daughter and I had playing in the spring rain, “I’m Gonna Catch You” reminds me of sweet little girl giggles as I race around our house trying to catch my daughter whenever this song comes on. “Waiting for the Elevator,” “I Know How it Works,” and “Pig on Her Head” are just pure fun! But there is one song that really touched my heart and that is “Moon, Moon, Moon.”

Thank you, Laurie Berkner, for taking care of us through your music and brighting our days and nights with song!

I am an educator, musician, wife and mommy. After teaching pre-kindergarten, kindergarten and college level classes, I became a curriculum specialist for McGraw-Hill and I traveled the country training educators and supporting schools. After becoming a mother I resigned from my job but McGraw-Hill asked me to come back as a per diem consultant. My dream job is being mommy to the miracle baby, Lillian Clare. When I'm not spending time with my active kindergartener you will find me playing the clarinet in the Saint Louis Wind Symphony and the Northwinds Concert Band, attending bible study or singing in the Treble Choir at my church. Contact me at noteworthymommy@gmail.com